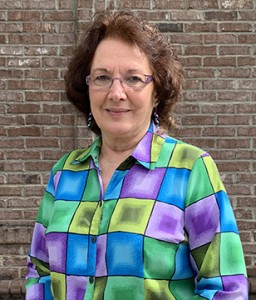 This month we celebrate Diana Sangster who is retiring after nearly 35 years with Coastal Science & Engineering!  Her career with us actually began in the late 1970s as the first employee of our parent company, Research Planning Institute.  When Tim Kana and Erich Gundlach formed CSE on October 1, 1984, Diana was a member of that initial team and has been a constant presence within the organization ever since.

Diana’s roles have been many and varied—a necessity for any successful small company—including reports manager, insurance coordinator, and corporate treasurer.  But for our long-time clients and colleagues abroad, Diana has been the voice of CSE through her professional greeting and instant recognition of callers. In the early days, visiting clients were surprised at our small organization and would often remark, “I thought you were a much bigger company!”  We have Diana to thank for that.

Report production, however, is where Diana has really shined.  Much of what she has done for CSE was self-taught as she migrated from IBM Selectric typewriters and whiteout—lots of whiteout—in the beginning, to sophisticated word processors on PCs, then mini-computers (remember Digital Equipment Corporation VAXs?) and back to PCs. Diana loves report production because, “I love words,” she would often say.  She is a stickler for grammar and has quite often helped make our engineers and scientists better writers.  To her, reports with typos are just not acceptable, and for that attention to detail, we are all grateful.

We will never know how many technical reports, student theses, proceedings papers, and proposals she has prepared for CSE staff over the years, but it must be over 500.  Diana developed the CSE report style which has been updated from time to time with consistency and uniformity for everyone to recognize our work as a CSE product.

Although Diana is retiring, we expect to see her often and likely from time to time will need her to tell us where some “master” report resides in our archives.  However, we think she has fully paid her dues in the corporate world and can now pursue her other passion—caring for stray dogs and cats.  Her menagerie of pets will be happy to spend more time with her at her Placid Valley Road home.

From her CSE family—and on behalf of our long-time clients and colleagues—thank you, Diana—for decades of loyal service and faithfulness to our profession!