Close Timing for the Project’s Completion

CSE’s project team worked closely with county staff to secure permits just in time for winter construction. While the last permit reviews were in progress, CSE prepared final plans and bid packages for the project. As an example of close timing and coordination, the following schedule was met.

While such close timing is not CSE’s favored way of accomplishing projects, we are confident all the beach users and property owners along Arcadian Shores are happy at the outcome. With a much wider beach in place, they are less vulnerable to storms and the new beach can accommodate many more beach goers than before.

Arcadian Shores is a section of South Carolina’s Grand Strand between North Myrtle Beach and Myrtle Beach. It is home to Hilton Hotel Resort, Kingston Plantation, and several major residential towers. While the cities immediately north and south are part of a 50-year federal beach nourishment project, Arcadian Shores is not included. However, Horry County, which has jurisdiction over Arcadian Shores, with funding assistance from the state of South Carolina, has taken the initiative to maintain and improve the beach.

From start to finish in 11 months

Horry County retained CSE on 23 April 2007 to prepare the design, secure permits, issue plans to contractors, and oversee construction. On 30 March 2008, the last of the equipment was removed from the beach and the 6,000-foot-long project was ready for the tourist season. The keys to rapid project completion include:

Construction was via two hopper dredges, Dodge Island and Padre Island, using a recently discovered deposit 1-3 miles offshore of the project area. Building on a reconnaissance survey by Coastal Carolina University, CSE obtained 56 borings using our in-house coring system and confirmed sediment quality to below-operational depths. The high density of cores allowed us to select dredging corridors having the most compatible sediments for the beach while avoiding cultural resources, hard bottom, and ongoing monitoring by state resource agencies.

Prior studies along the central Grand Strand of South Carolina indicated that the best sand tends to be found in isolated thin sheets overlying an ancient offshore erosional surface. Such deposits are best suited for hopper dredges which excavate by sweeping thin layers off the bottom. Natural resource officials in the Carolinas generally favor hopper dredges because they tend to leave undisturbed areas for “recruitment” of benthic organisms. Hopper dredges cut narrow, shallow furrows rather than broad, deep holes in the bottom. The latter sometimes infill with finer material, thus changing the bottom characteristics.

The environmental advantages of shallow cuts via hopper dredge are offset by disadvantages during construction. Hopper dredges pose more of a threat to sea turtles than cutterhead dredges. As a result, work is severely restricted to just a handful of cold-water months under federal regulations. For Arcadian Shores, the allowable construction window was January through 31 March.

People ask how long the new beach will last? CSE predicts “well over ten years” based on the relatively low erosion rates along South Carolina’s Grand Strand and the experience after the initial nourishment in 1998. At the start of the 2008 project, there were 40-60 feet of storm berm remaining from the first project. So the first nourishment gave a head start to the second, ten years later. This trend is being repeated at other Grand Strand beaches under the federal 50-year project. Renourishment at ~10 year intervals is not only replacing eroded sand, it is widening the beach even further, keeping seawalls buried, and allowing a buffer of dunes to soften the shoreline between the ocean and developed property. 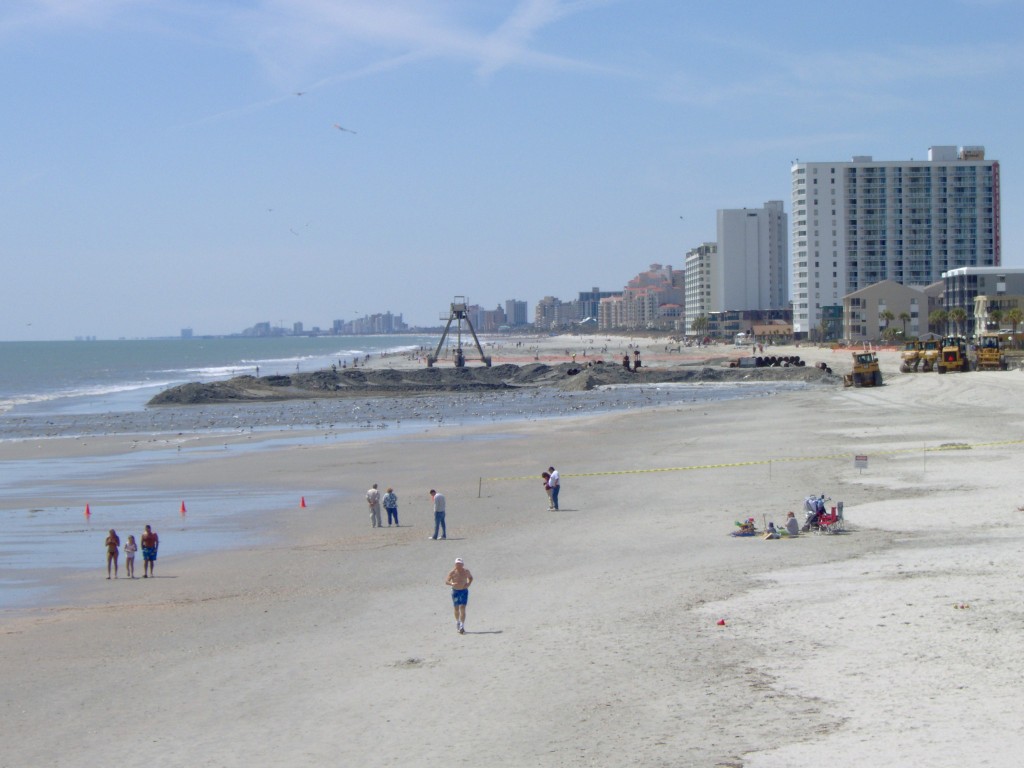 Beach use continues while the nourishment takes place (19 March 2008) 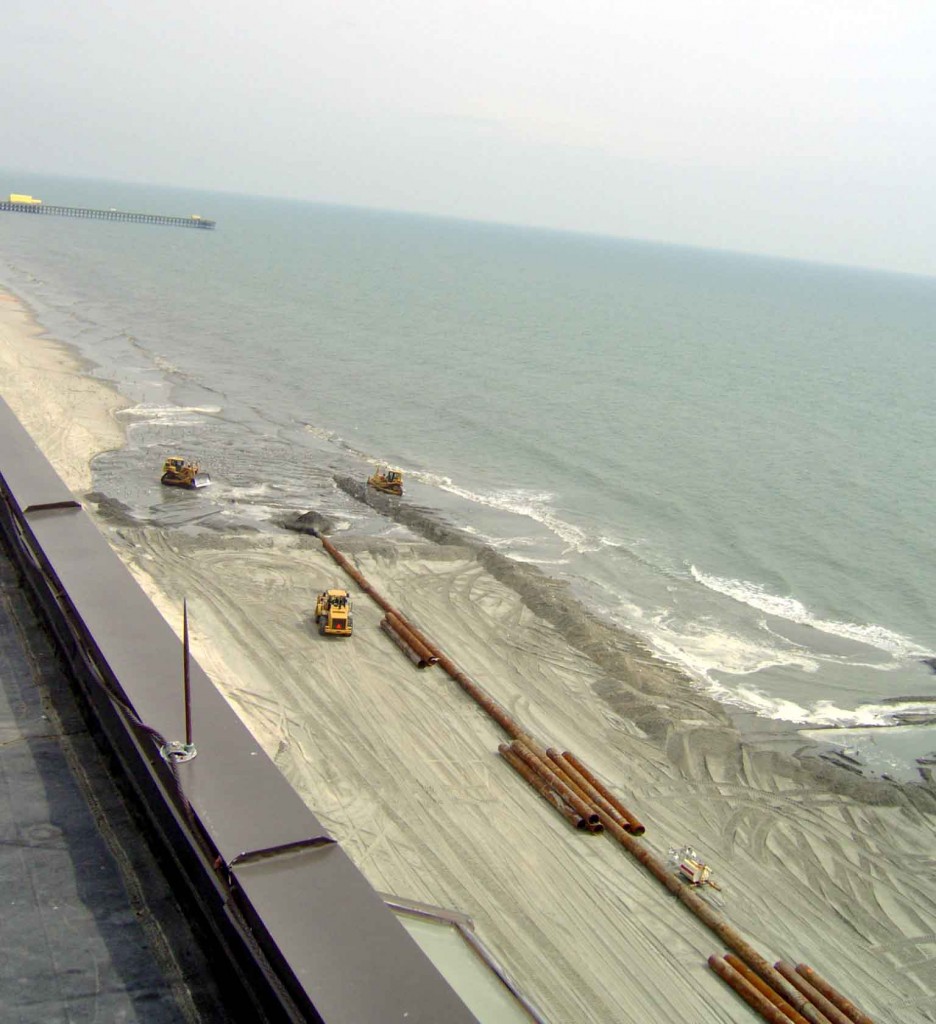 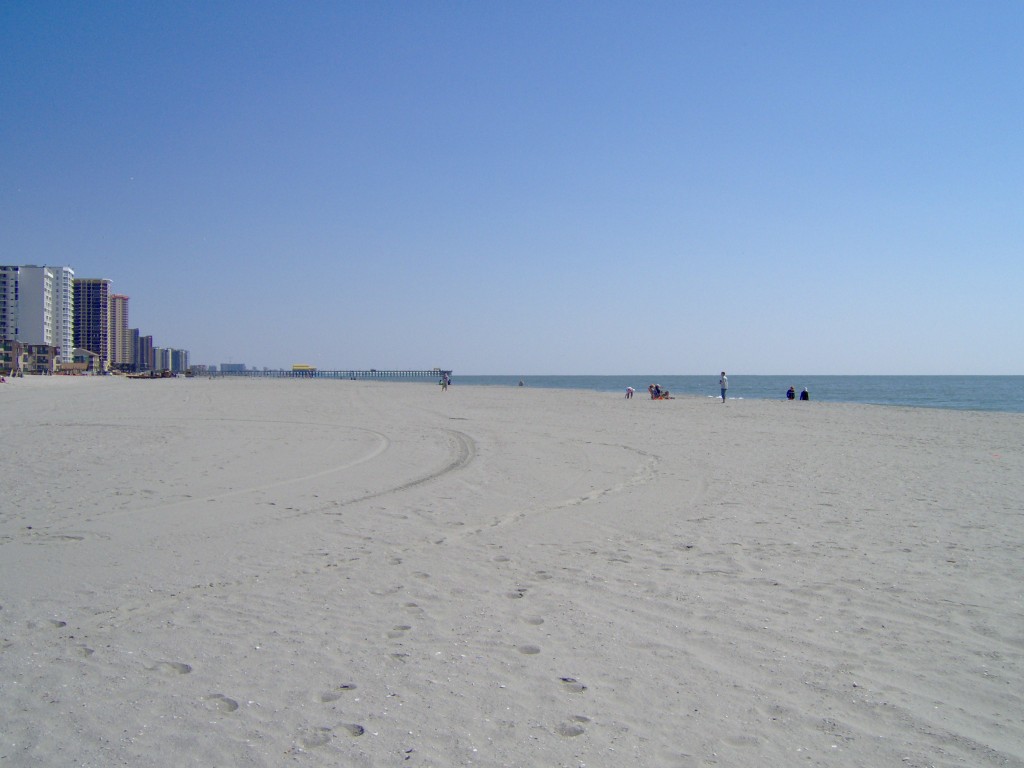 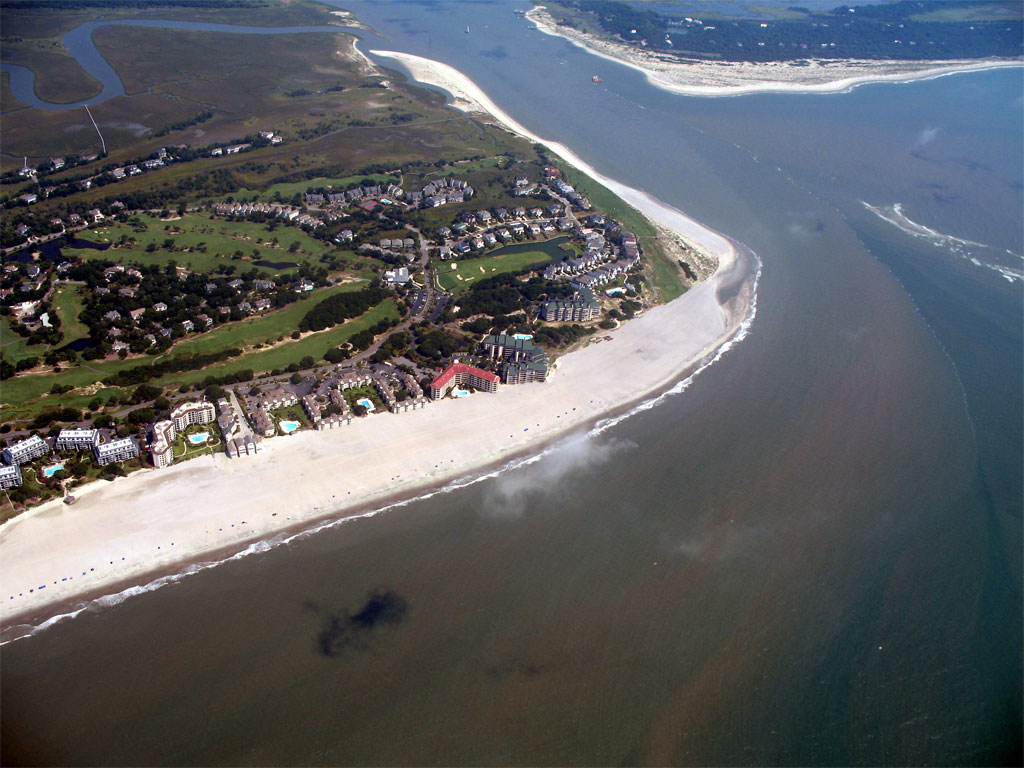