CSE’s 5.6-mile project at Bridgehampton–Sagaponack (NY) is performing well two years after completion in February 2014.  The project was constructed one year after Hurricane Sandy impacted the Middle Atlantic region.  CSE and project leader, First Coastal Corporation (Westhampton Beach NY), had been planning the project prior to Sandy, so that gave our team a head start on permitting.  The 2.5 million cubic yard project east of Shinnecock Inlet nearly matched the total volume of 14 prior nourishment events in eastern Long Island dating back to the 1940s.  It was the first between Montauk Point and Southampton to utilize an offshore borrow area and ocean-certified cutterhead dredge.  Great Lakes Dredge and Dock Company had to suspend work frequently and stand by in nearby Shinnecock Inlet due to weather between October 2013 and February 2014.  However, when conditions were favorable, the borrow areas 1 mile offshore allowed efficient operations with negligible handling losses.

CSE surveys indicate the project area has gained windblown sand in the foredunes as a result of the wider dry-sand beach and has also built up underwater through onshore transport.  Using a reference depth of −19 feet NAVD for purposes of tracking the volume of sand in the system over time, as of July 2015, the project area contained 115 percent of the nourished volume.  We attribute this extra gain to post-Sandy adjustment of the profile.  It is not unusual for a major storm to move sediment into deeper water.  Following storms, some sand will gradually move back to shallower water, which appears to be the case at Bridgehampton and Sagaponack as well as other Long Island beaches.  Such gains on top of the nourishment will certainly improve the longevity of the project. 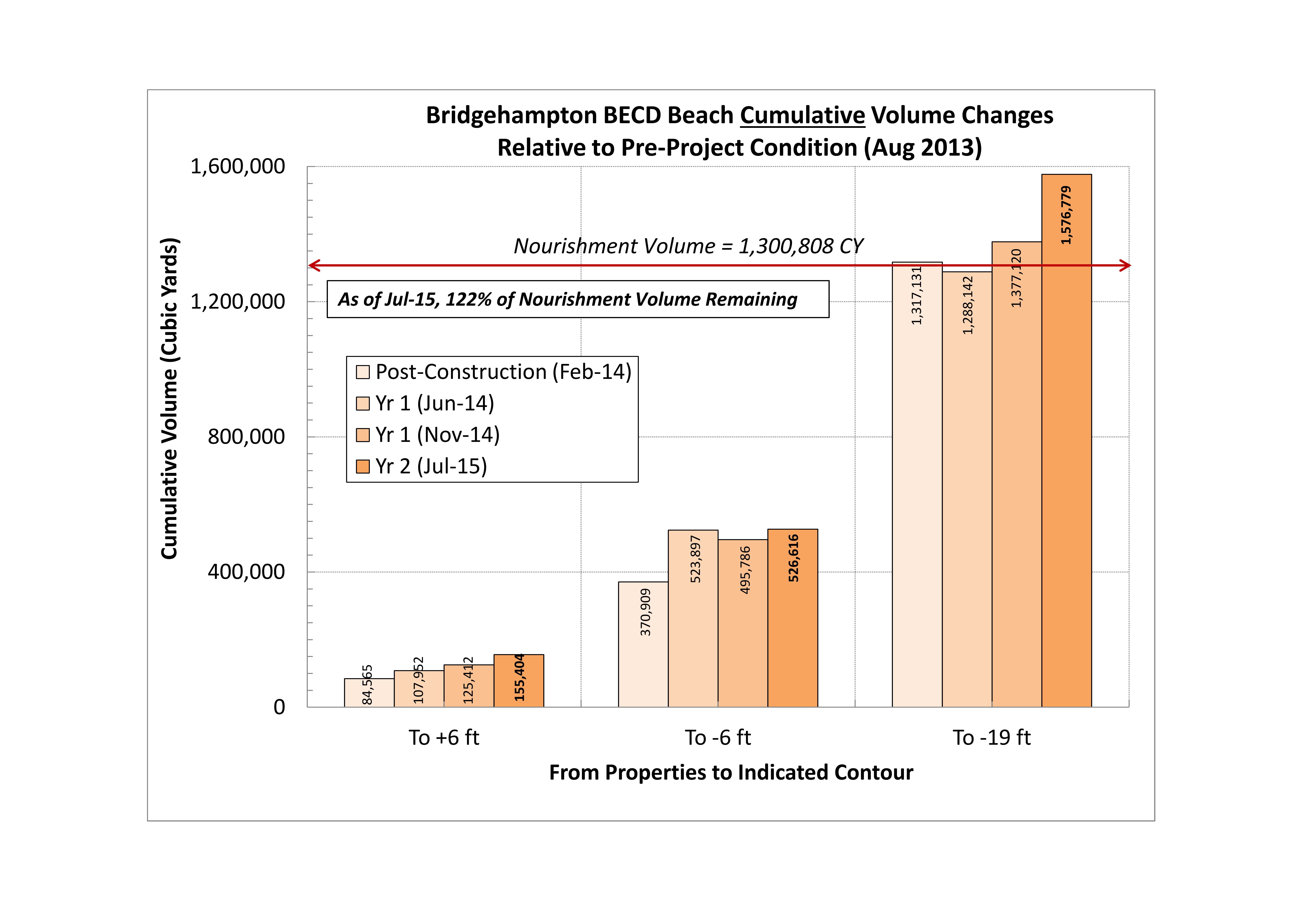 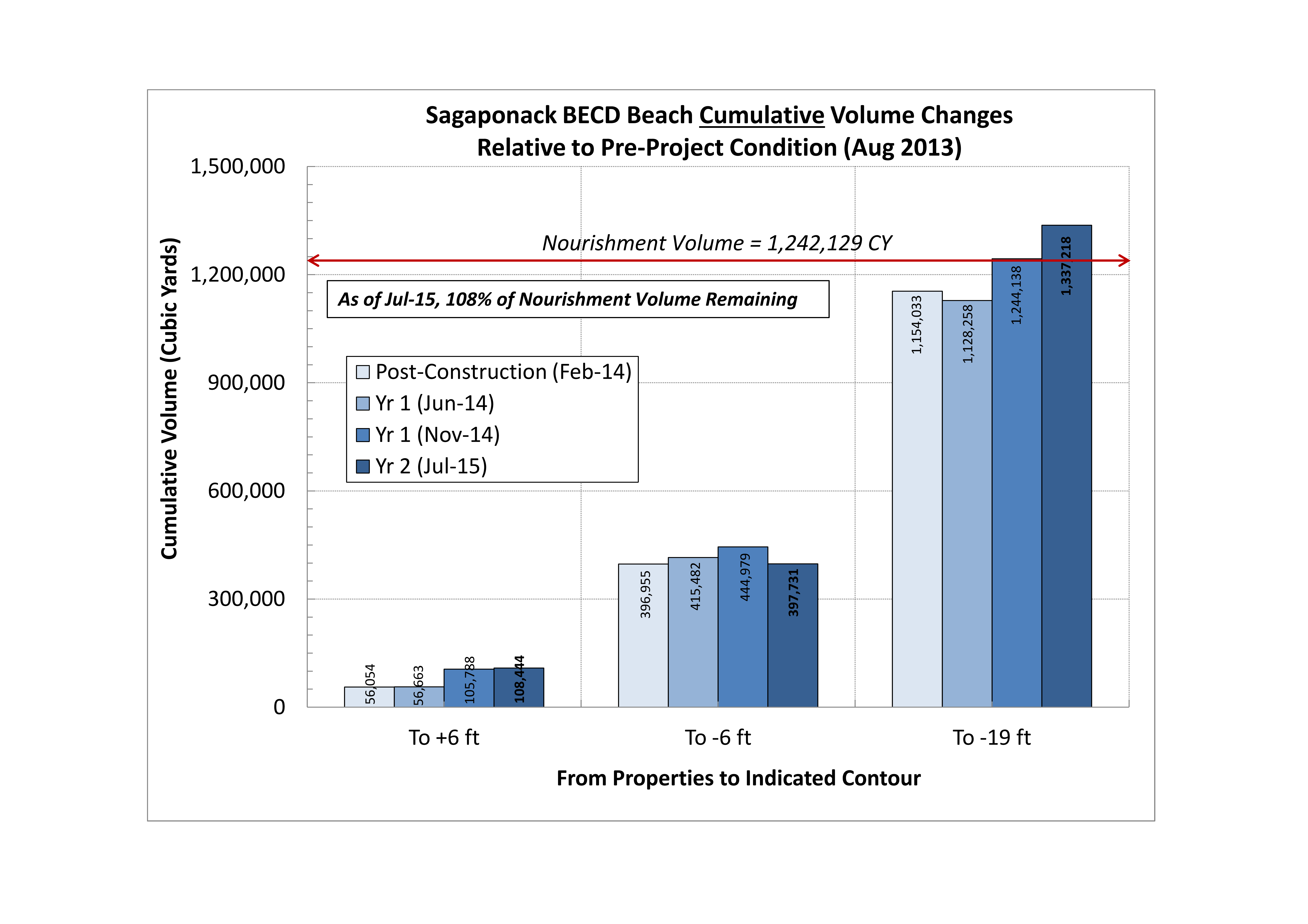