Great Lakes Dredge and Dock Company (GLDD – Oakbrook IL) began pumping the 8th nourishment project along Hunting Island on 4 February. GLDD’s cutterhead dredge, Alaska, was towed into place two miles offshore of the lighthouse this week and will pump 1,170,000 cubic yards (cy) of sand to the beach in the next two months. The project will add new sand from the South Beach recreation area to the old campground at the north end of the island and widen the beach by an average of over 140 feet (ft).

In addition to nourishment, SJ Hamill Construction Company (Charleston SC) is installing two new groins to reduce sand losses between North Beach and South Beach. One of the groins (#5A) will be constructed midway between groin #4 at the Lighthouse and groin #5 at South Beach. The other new groin (#3) will be installed at about 1,200 ft north of the Lighthouse.

The project is expected to provide a continuous, safe swimming beach between the two primary parking areas and help the Department of Parks Recreation and Tourism (PRT) accommodate many more visitors. The south end of Hunting Island will continue to erode and provide the classic vistas of downed trees and salt-bleached driftwood that is a signature experience in the park.

This is the first beach restoration along Hunting Island since 2006 when ~644,000 cy was pumped ashore and used to create a platform for construction of six groins. Before that project, Hunting Island had been nourished every five years or so, but without groins to slow sand losses, the shoreline eroded by more than 20 ft per year. Erosion slowed considerably in the areas protected by groins but continued to lose sand. Hurricanes Matthew (2016) and Irma (2017) were particularly devastating, forcing the closure of the campground at the north end.

So to put the project in perspective, consider some interesting facts:

CSE is proud to be part of the team that is implementing the Hunting Island project.  We look forward to seeing the restored beach crowded with visitors later this spring 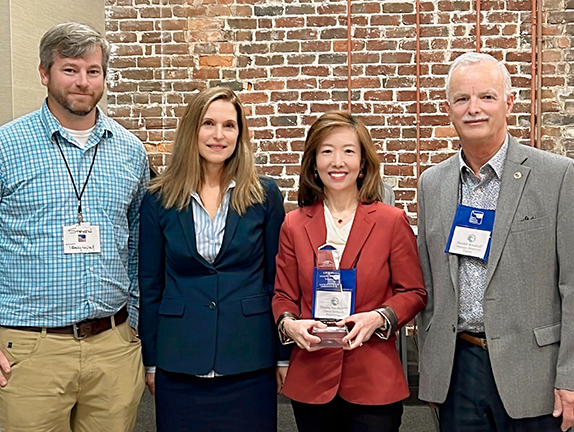